The Long Road to Surrogate - A Personal Post Mortem

In order to avoid confusion it’s important to note that Enshrouded World, Enshrouded World: Home Truths and Surrogate are all the same project just at different points in the development timeline.

This was the guiding question over the last year during the ever increasing perilous late hours spent on Surrogate. The question is in fact far removed from my true motivation which had spawned an unhealthy ambition and tenacity for pushing myself to the limit with the goal of perfection. My true intention was quite naive and hardly original, attain a level of financial success and fame. The desire for financial success stems from the reality of being an unemployed student living with a low income parent however the need for recognition is far more personal. I was stubborn enough to spend eleven thousand hours developing Surrogate, writing around sixty thousand lines of code, recording my own voice acting and performing each line of dialogue with the necessary expressions to capture facial animation data. 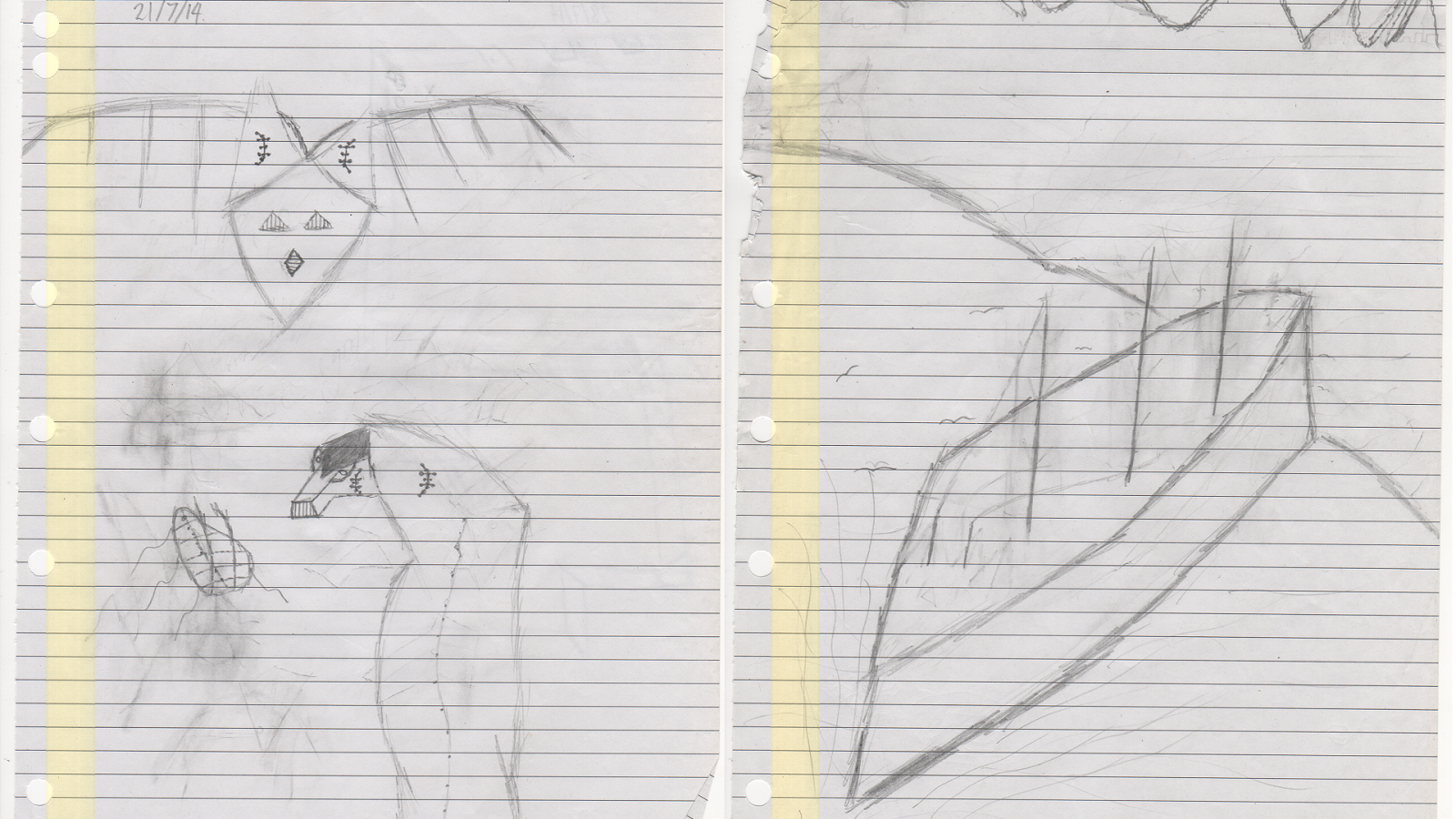 I started with FPS Creator in 2007 at age nine and in the early years of secondary school learnt how to use more complex development tools including the idTech 4 and Source SDKs. Video games were always a comforting escape from living in a bleak dysfunctional household ruled by addiction where denial and secrecy permeated every room. It’s no surprise to me that I had such a great interest in game development from an early age. I have always been an isolated, noncompetitive and detached person with trouble relating to others as their lives and families in particular seemed so different. Combined with a penchant for cynicism, hypervigilance and a generally serious approach to life I’ve been unable to lose this negative perception of myself. I very much wanted the game I would develop to be successful and provide me with some level of fame and admiration as a way to supposedly solve the many issues I had to deal with. It wouldn’t be until two years after starting development that I would be prescribed an SSRI for social anxiety and slowly improve my confidence and self-esteem however the wish for recognition never really went away.

It was March 28, 2014 when I got my hands on the recently released Leadwerks 3 and a notebook for recording my world-shattering ideas. The process was not as elegant and intuitive as I thought it would be with many months spent on establishing ideas before discarding them in a sudden change of heart. There are some ideas from that time that remain in Surrogate however they are few and far between. I’d spend most days working on Enshrouded World in some capacity growing more content with every passing hour that brought programming knowledge and more importantly the sweet taste of achievement. I had developed a routine of spending so much time developing the game that my school work was being neglected. 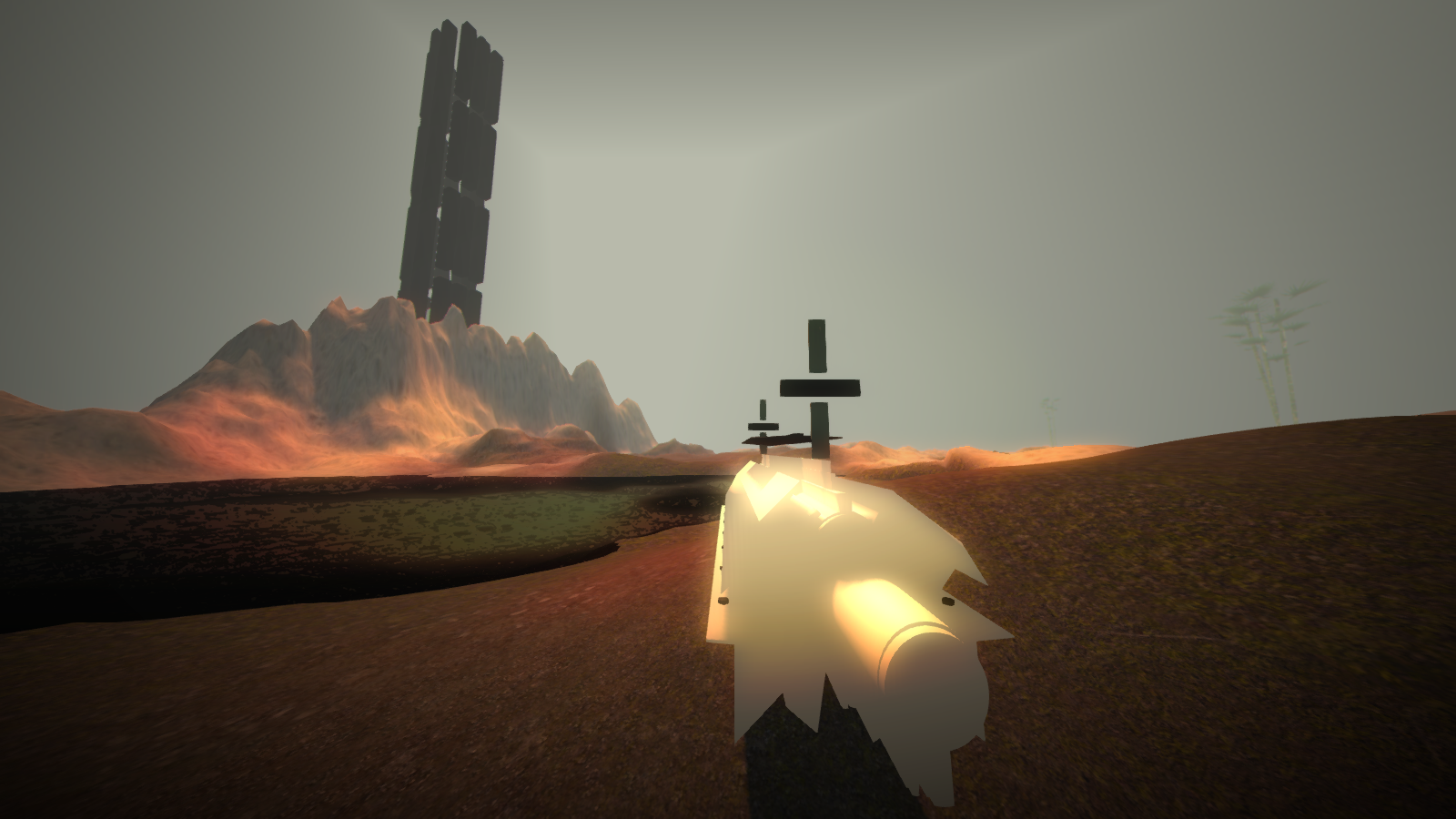 How would I describe the last four and a half years?

Undeniably lonely and morose. There was certainly a sense of great satisfaction when it came to accomplishing the ambitious tasks I had given myself however the isolation of creating a game alone always crept up. It wasn’t until the latter half of the development that I was beginning to question my motives for embarking on this difficult and tiring goal. Perhaps the answers were too much to bare? Or perhaps the countless hours of work were a distraction from thinking of asking such questions and so would keep any negative thoughts and emotions at bay. I’ve found that it’s hard to see work as an addiction when you’re in the middle of achieving a goal, that it’s only made clear upon introspection after the task is complete. When I started working on the game I had next to no knowledge on game engines beyond royalties and certainly no knowledge of how rare the success I wanted was. Leadwerks had no royalties which was enough for me to choose that over all the other available game engines. It wasn’t until the last quarter of 2014 that I had settled on an idea which laid the foundation for what Surrogate is today. Being a private person working on my own I was sealed off from comments both positive and negative that would have not only guided me in a better direction but also allowed me to gauge interest from the gaming community. Regardless this was a period of great learning and iteration that in my mind was working towards a game that was worthy of a player’s time. Looking back on the design decisions made during this period I can certainly say that I’ve improved and learnt the value of pacing as well as cutting content. At the time my focus was on throwing as many features and levels into the game as possible. This meant the player would spend twenty minutes walking through bland corridors where the cast of characters would be introduced. That was followed by a brief experience with the hovercraft in the tutorial which required players to collect plants before returning inside again for some more wholesome walking. It wasn’t until the end of 2017 that many of the necessary alterations were made to drastically improve the experience. 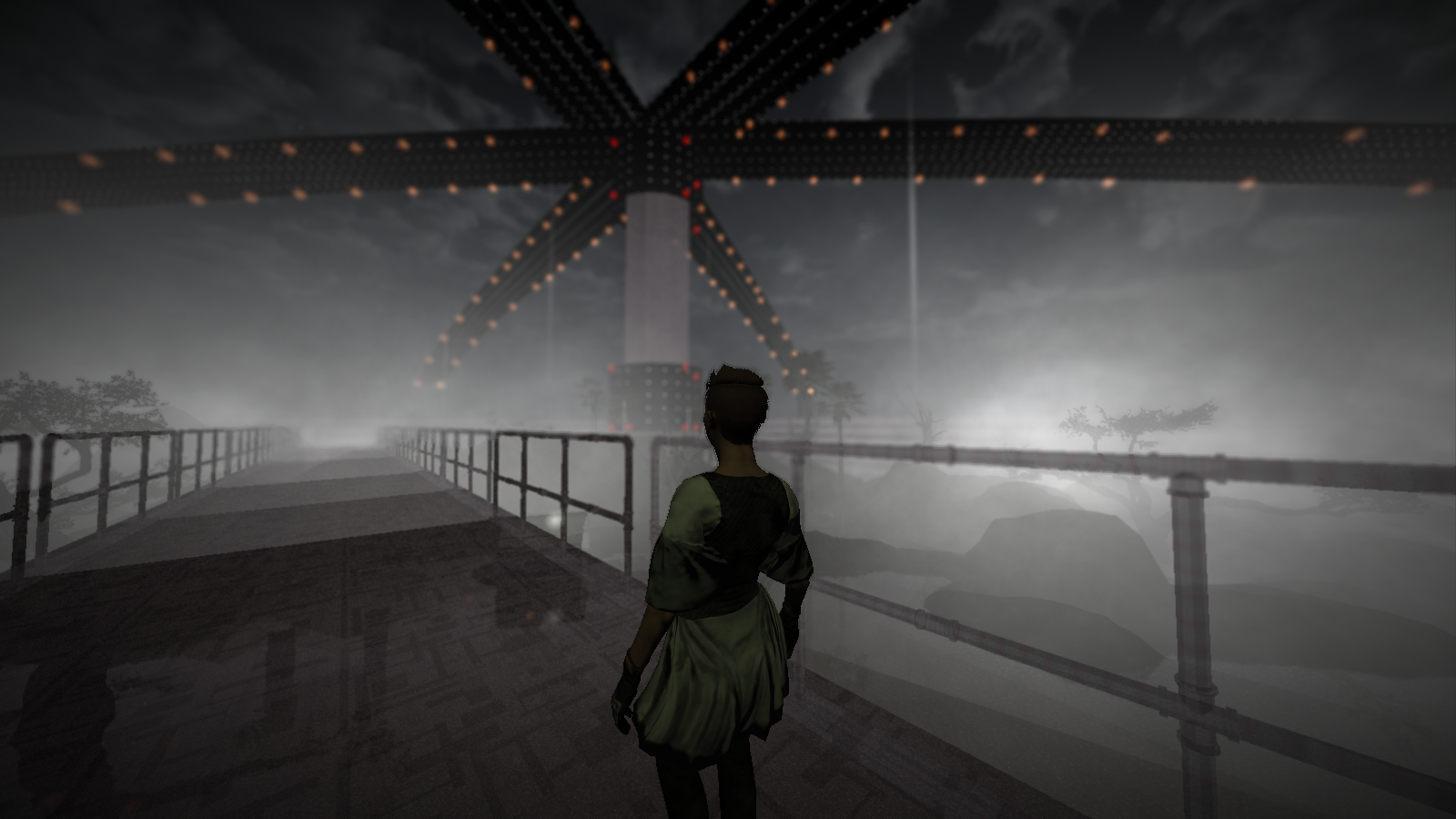 A Concentrated Dose Of Failure

If any point in time can be described as the worst period in the development it would be the entire year of 2017. It began with being unable to pass through Steam Greenlight at a time that saw thousands of entries being granted access to the Steam storefront. I was determined to launch the game properly with a marketing agency supporting me once Steam Direct was made available. That became the next major downfall however as countless issues and miscellaneous bugs were persistent in every single playtest conducted by the agency. The worst part was the members of the press who had been contacted were playing the game in a broken state and as a result only one review was posted that was severely negative. The result was I had spent $5,000 AUD on the marketing that resulted in no publicity beyond the negative review and certainly no additional traffic or sales. As an unemployed university student this hit me pretty hard, I had put all my eggs in one basket and failed. In addition to the review granting Enshrouded World a 4% score the game appeared on YouTube in the “Attack of Crap Games” series amongst others with a consistently negative reception. Balancing University work and the game development was always a challenge for me and at the end of the year I was unable to sustain both of them. As I was handling all the bugs and engine issues that the marketing agency was reporting my studies were neglected and I ended up failing two of the four classes I was taking that semester. In order to graduate at the expected time I had to complete a summer course in January 2018 and use Enshrouded World for a credit transfer. My low GPA and almost empty bank account continue to remind me a year later of the most challenging and discouraging time in the development. 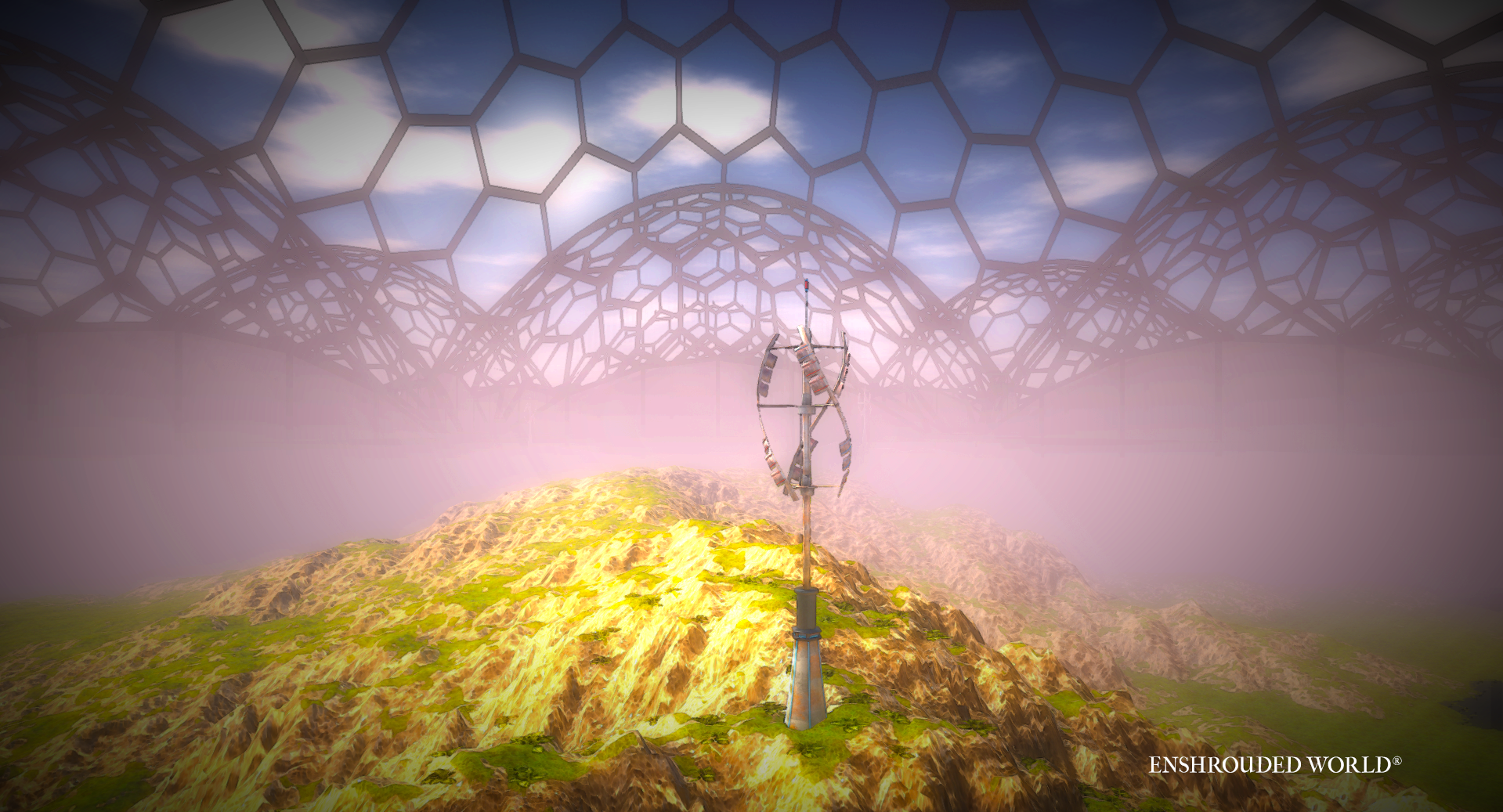 Once More, With Feeling

Following the many disappointments of 2017 I was determined to continue working on improving the game until it was in a completely working state. The game was altered far beyond just ensuring that it worked properly with many new additions added and equally as many unnecessary aspects removed. While 2018 has certainly been a more positive year I can’t help but feel the outcome is bitter-sweet. Firstly in order to separate this overhauled version from Enshrouded World the title was altered to Enshrouded World: Home Truths however there remained to be no interest. Following a quick post on an indie game promotion Facebook group there was an overwhelmingly negative response particularly surrounding the trailer. Thankfully one commenter was willing to playtest the game and provide some extremely helpful feedback and critique that pushed me in the right direction. Once those features were included which most notably were the wider range of enemies, multiple vehicles and customisation the game was released as a separate application on Steam titled Surrogate. The interest and feedback for Surrogate has been almost completely non-existent thus far which leads me to believe that perhaps continuing to update the game beyond the first Steam release in October 2017 was a mistake however only time will tell. For the moment I’m hoping the project is at least enough to catch someone’s interest on a resume and have finally decided to move on which I believe is the most healthy option I can take right now. Was it worth it?

So after an incredible amount of time, money and energy has been placed into this game while neglecting many other facets of life did I receive the adulation I was yearning for? No.

It is difficult to be sure about the appropriate measure of success when considering the obviously massive amount of time and effort that has gone into this game. There is no doubt that the development caused much stress and frustration over perfectionistic details. This makes it all the more disappointing that the game has been lost under the mountain of daily releases on Steam. Faced with such a result I certainly can’t help but feel disappointed though remain aware of those who are quick to assert I expected too much especially for my first game. What I’m left with is the knowledge of an unpopular game engine (Leadwerks) and a language just as unpopular (Lua) both of which I’m certain will not be used in my career.

Even now I continue to hold onto my hope that the wishes I’ve had these past several years will come true whether through a new project or somehow with Surrogate. 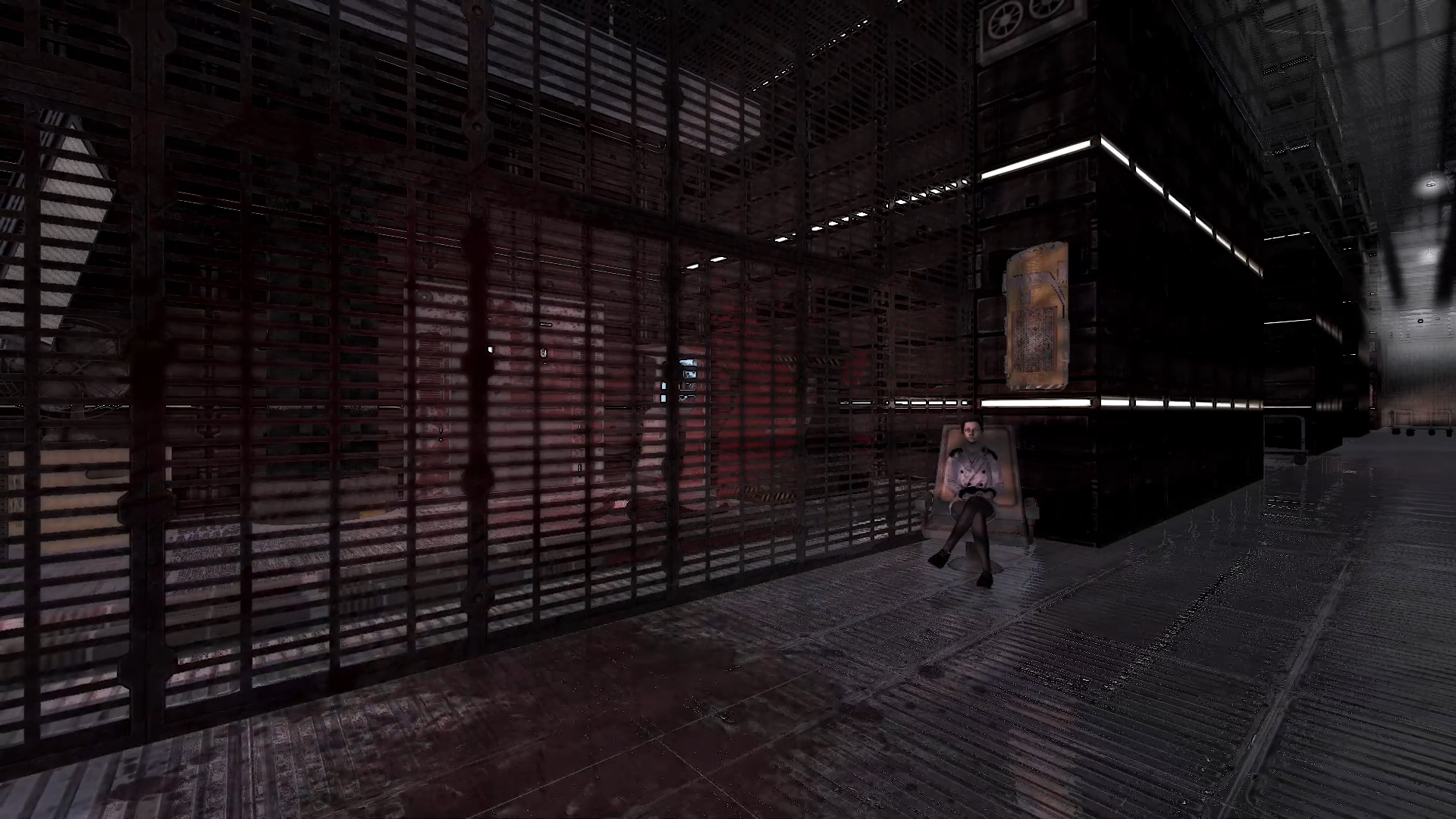 If you’re interested in learning more: Surrogate - From the Archives provides access to a vast collection of behind the scenes and removed content from the 4.5 years of development.

Surrogate and Surrogate - From the Archives are available on Steam and Itch.io.

My heart goes out to you and all that you've been through.  This post-mortem (PM) was interesting to read through.  Usually the PMs I've read through have three main sections called  'what went right' and 'what went wrong' and 'lessons learned'.

I think the biggest takeaway here is simple:  Nobody should get into game development to make money.  Game dev should be a hobby (at best) until such time as it becomes profitable/sustainable to do otherwise.  Make prototypes and crowdfund the entirety of game development so everything doesn't have to be a solo project.  Or if it is a solo project then with crowdfunding you can afford to eat.

I'm deeply admirable of your efforts to do everything from scratch.  While I've never heard of that game engine, the LUA programming language information is somewhat useful.  It is used for WoW addons and many other bits as a supplementary (rather than primary) programming language.

Focus on studies, get that piece of paper, get some work to pay off your student loans, then take some time to make more games as a hobby once your IRL is more stable.